Making webAR for a hackathon at the MAKE + THINK + CODE lab, and following a BUNCH of tutorials from eleVR, thanks for making such awesome stuff yall!

Idea for a gauntlet prototyped in Anyland and designed with free software, something that will flow seamlessly between VR and AR later..

nothing can ever be the same again.


For those of you who get Github Derp sometimes like I do...

Going to teach, Hooray! Special thanks to Amber Case for inviting me to speak about WebVR at the Web 1.0 Conference, and thank you to the MIT Media Lab for hosting! 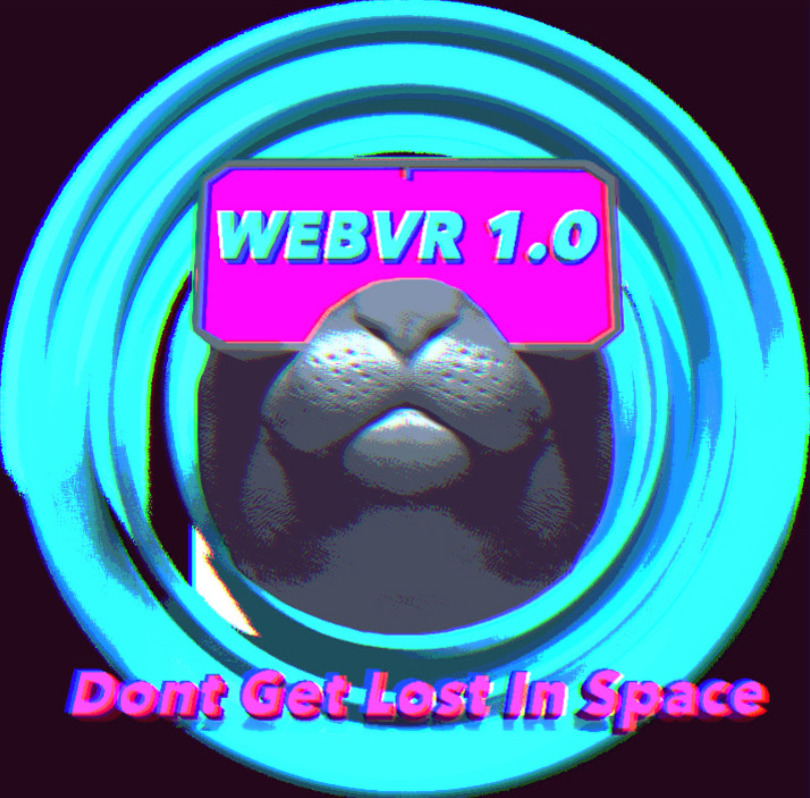 Since you can use webVR walk into the internet now.

I am a tear in the fabric of spacetime

Using a cardboard headset will allow you to see the scene, but you'll need to have transported your mind into a digital body using a Vive to play with the alphabet blocks.

Play test of my new game BAST. Assymetrical gameplay between a Vive user and a PC.

I got sucked into Unity when I first got access to the Vive at PDX VR Lab, and temporarily lost touch with web VR. Looks like I have a bit of catching up to do though, A-Frame 3.0 kicks ass!!! Took my first steps in a website today... hello multiverse..


Click the image to go to SHARKS IN SPACE and hit ctrl + alt + i to acess the WebVR DOM (if you are using a mac hit control NOT command!) 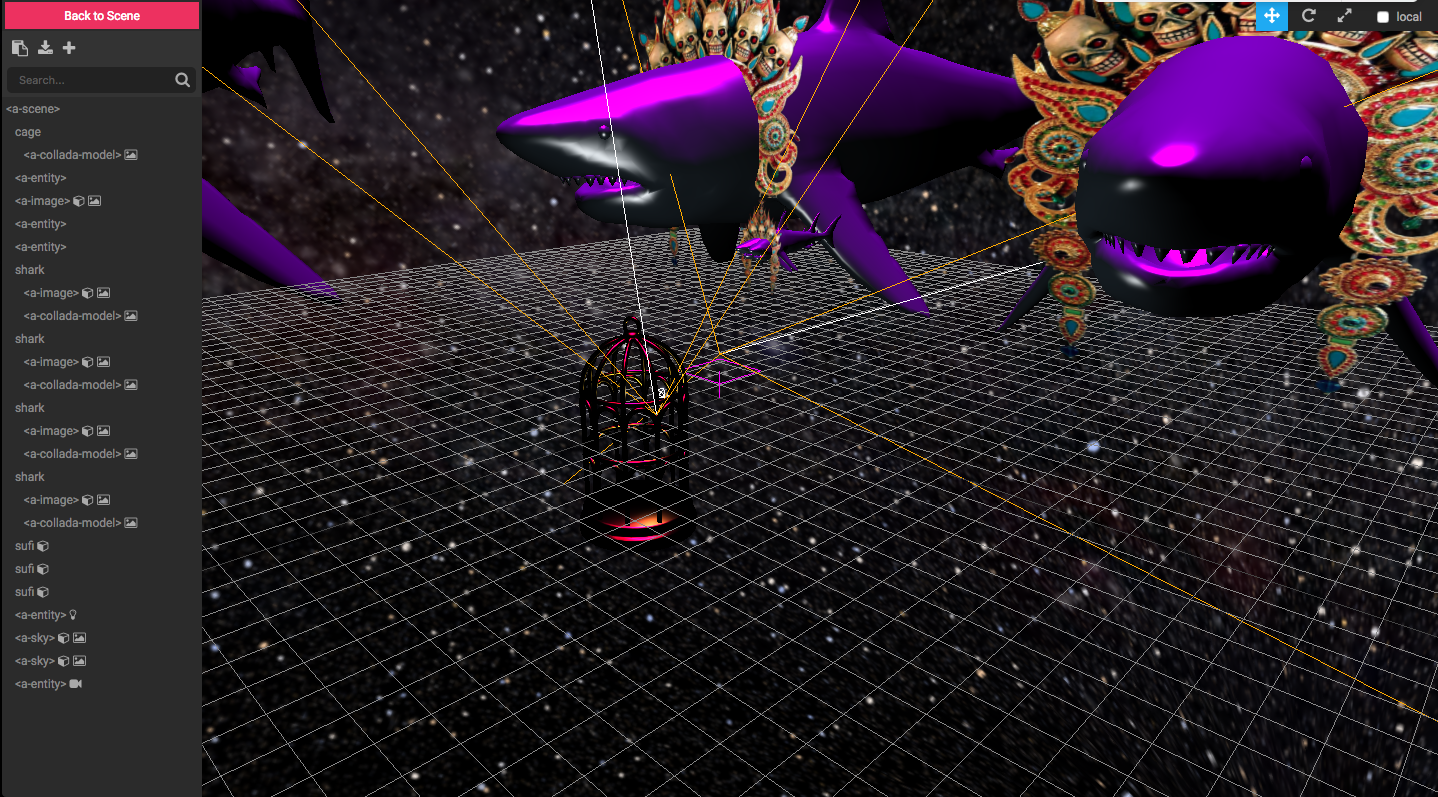 A friend having a bit of fun with an early forest simulator.

VR tutorials straight from youtube's surplus of how to videos

And why can't I fall out of this tree?!? This is what anime characters feel like when they are first learning to control their superpowers, but can't...
the fact that I keep warping out of reality is almost depressing.
At least I can wear this cool avatar- hell yeah embodiment. 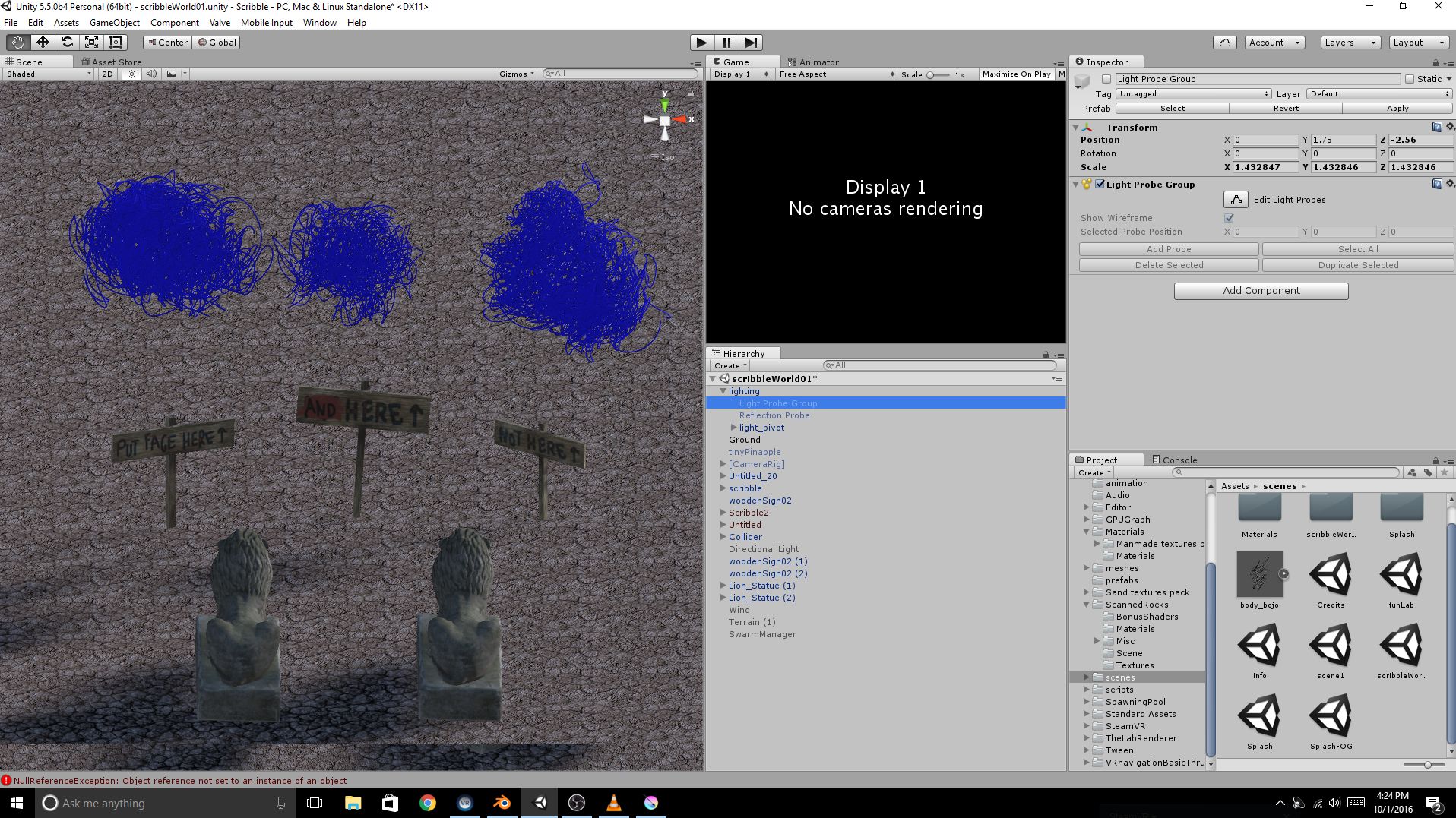 Scribbles are a primordial creativity 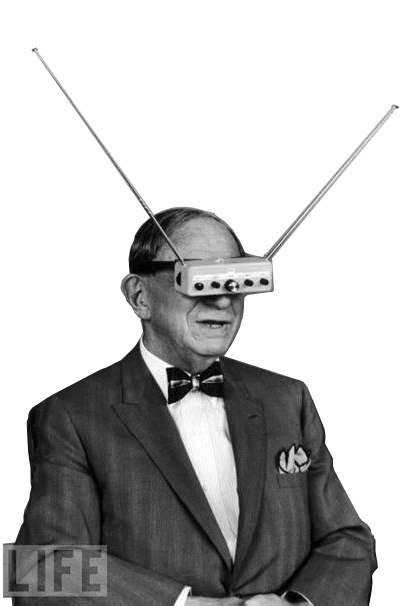 Maaaaaan it's been a while, going to make some updates to this blog, it looks like shit.

Okay, I'm going to try to maintian this blog a bit more.

What is Digital Nirvana?

Look at this awesome gif! It's terrible!!

Hi everyone! I'm currently constructing my site so please bear with me, this is going to be awesome!